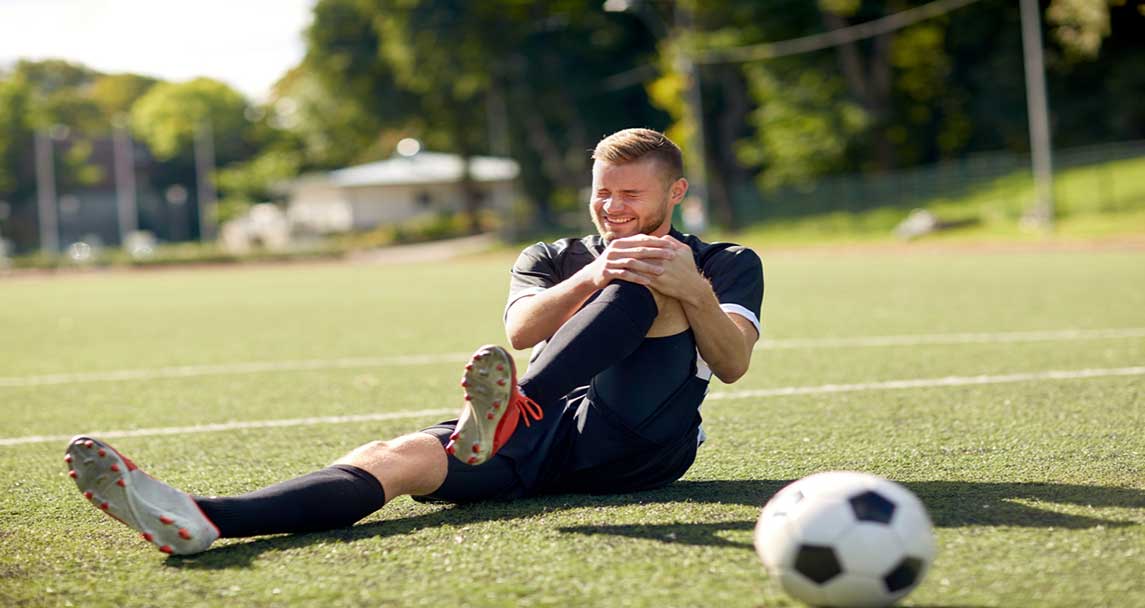 In 2014, a study conducted by the Australian Institute of Health and Welfare (AIHW) discovered that there were over 36,000 hospitalisations in 2011-2012 for those aged 15 years and above as the result of a sports related injury. In fact, the same study found that 8.8% of hospitalisations were the result of AFL sporting injuries, with soccer following behind at 8% and Rugby League and Rugby union collectively contributing to 7% of hospitalisations. Furthermore, a 2017 finder survey revealed that nearly 2 million Australians have had to take work off in the past 5 years as the result of a sports injury. With a sporting season just finished and a new one beginning, now is a great time to look at the top sporting injuries and ways in which they can be prevented.

Despite the prevalence of sports related injuries, many of them can be prevented. Often, injuries occur as a result of inadequate conditioning for the activity. For example, the 2014 report by AIHW pointed out that Gymnastics was identified as the sport that contributed to the lowest amount of hospitalisations. Although gymnasts perform risky movements, this surprising statistic may be argued by the high level of training and preparation that gymnastic athletes of all abilities undertake before performing their associated movements. This prepares their body to safely perform the actions required and greatly reduces the risk of injury.

While other sports such as AFL, Soccer and Rugby may have resulted in higher levels of injuries, which were statistically adjusted for the number of participants, amateur players and beginners may not receive the same level of training as a more practised player, despite being less conditioned to the activity. This can potentially enhance the risk of sports related injuries. However, sports can also be unpredictable, leading to a vast range of injuries that could not be foreseen.

At Spinal and Sports Care, as qualified sports chiropractors and physiotherapists based in Castle Hill, Wetherill Park and Parramatta, we regularly treat sports related injuries and pain. Some of the most common injuries we see include:

According to comparison site finder, the most common sports related injuries affect the knee and lower leg. In fact, these injuries make up 28% of overall sports induced injuries. This rate is unsurprising, as AIHW research identified that for the top 3 sports contributing to hospitalisations, knee and lower legs injuries were recognised as one of the most common injuries for all sports. As these sports all share similar movements of running, kicking and an emphasis on agility, lower leg and knee injuries should be expected.

Amongst knee and lower leg injuries, anterior cruciate ligament (ACL) tears and ruptures are one of the most prevalent and devastating injuries that our sports physiotherapists and chiropractors experience. This ligament is responsible for stabilising the knee is commonly damaged through a rapid change of direction as seen in sports such as AFL, soccer and rugby. These injuries often require surgery followed by 12 months of physiotherapy treatments, thus limiting an athlete’s ability to train for their sport for a significant amount of time. However, ACL tears can potentially be prevented through adequate training programs. Specifically, strengthening the hips and quadriceps muscles can help provide support to the knee and accommodate for rapid changes in direction.

Followed by knee and lower leg injuries, finder identified that elbow and forearm injuries contribute to 15% of all sports related injuries. An example may include lateral epicondylitis, commonly known as tennis elbow and is caused by repetitive hand and wrist activities seen in tennis and a vast range of other sports. It is believed that up to 40% of tennis players suffer from the common condition, hence the commonly referred name.

The overuse injury wears out the tendons in the forearm which may progressively get worse overtime. Sports chiropractic and physiotherapy treatments have been clinically proven to help reduce pain associated with tennis elbow and even prevent it from reoccurring. At Spinal and Sports Care, our Parramatta, Wetherill Park and Castle Hill based sports chiropractors and physiotherapists may utilise mobilisation techniques or prescribe various exercises to strengthen to forearm muscles in order to support the joint used in your sport. Our team may also recommend acupuncture treatments, athletic taping or the use of injections to effectively manage the condition.

The third most common sports injury according to finder are injuries relating to the wrist and hand. Their study states that these injuries contribute to 14% of sports related hospitalisations. Wrist and hand injuries were also identified as one of the most frequent injuries for AFL in the AIHW report. Common hand and wrist injuries may include soft tissue injuries such as finger sprains. In a sport like AFL, this may occur in instances where a player is attempting catching the ball, however, there is a direct force applied to the finger, causing in to bend it a way it shouldn’t.

Our physiotherapists and chiropractors provide a range of treatments and preventative methods to manage such an injury. Athletic taping and strapping techniques may be ideal preventative measures for players who are susceptible to such injuries. Our physiotherapy and sports chiropractic team based in Castle Hill, Parramatta and Wetherill Park can also advise you on strengthening exercises for the wrist and proper techniques to avoid injury. Should you encounter such an injury, our chiropractic and physiotherapy team may use treatments such as splints, casts and bracing to immobilise the area, sports massage techniques to reduce inflammation in the hand and resistance exercises to strengthen the joints.

At Spinal and Sports, we offer a range sports chiropractic and sports physiotherapy treatments at our Castle Hill, Wetherill Park and Parramatta Clinics. If you’d like to book an appointment with our expert sports chiropractors and physiotherapists to manage your injuries or would like to schedule in a sports massage at Spinal and Sports Care do not hesitate to call (02) 9683 1110. Alternatively, you can schedule an appointment at your local clinic online.